Yesterday, the 13th of November was a rest day in the World Championship
so I took the opportunity to go to the beautiful wee village of Culross in Fife. 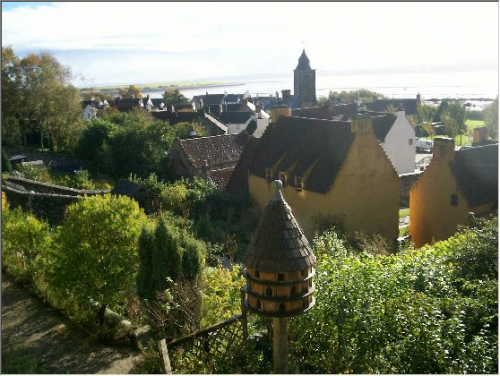 Nothing has changed building wise since the 1800’s. It’s wonderful. 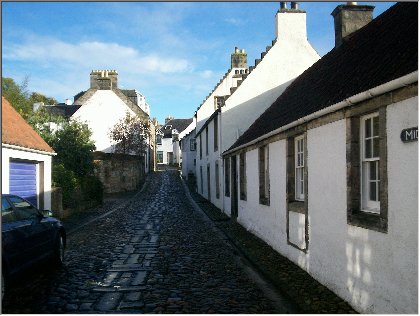 A place full of wee nookies, crannies and secret streets to explore.

Of course the real reason to visit Culross (pronounced koo-ross) was to see.. 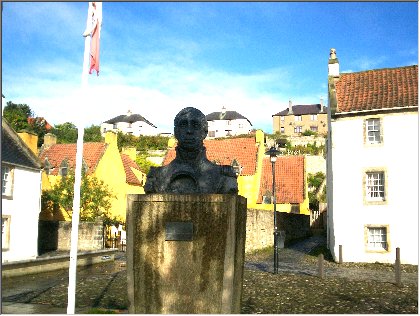 ...the statue of this chappie. Thomas Cochrane, 10th Earl of Dundonald.
He was the uncle of the famous chess player John Cochrane (1798 - 1878)
The very man who introduced the Scotch Game to the Chess World
and also the Cochrane Gambit (that Knight sac) in the Petroff Defence.

I’ll bet my lower set of teeth we will not be seeing that opening in this title match.
(I lost my upper set of teeth and my hair years ago - what a game of poker that was.)

Before we the leave the picturesque village of Culross I have to show you this. 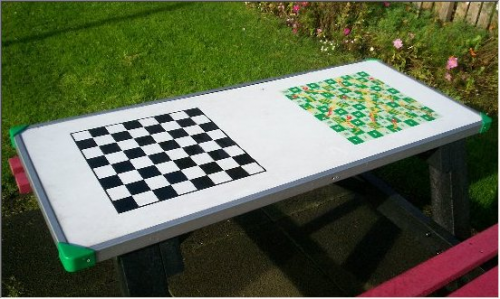 This was in a garden overlooking the beach. A Chessboard next to Snakes and Ladders.

How stupid is that? I’ll be sitting there playing the Cochrane Gambit and next
to me will be loud idiotic young people rattling a dice in a plastic beaker and
bouncing it across the table landing on g5 “A six - up the ladder and another go!!”

I’ve seen some chess games turn into fisty cuffs but usually it’s between chess
players, I’ve never seen one between a chess player and snakes and ladders fan.

After the first two non-games we finally got an epic.

As I mentioned 5.Re1 is a trappy line. Some RHP examples.

And another, this time a Black win.

Finally, We cannot leave Re1 without mentioning Anastasia’s Mate