Chess, The Camel and Zwischenzug

Chess, The Camel and Zwischenzug


This advert appeared after Arnold Denker won the USA Championship in 1944. 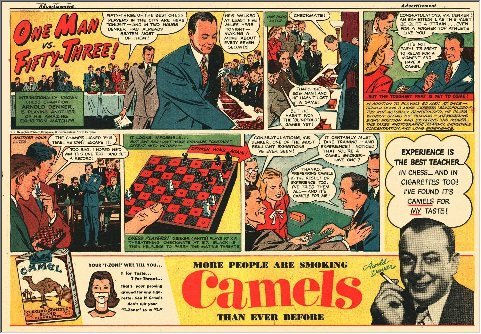 I have resized each pic to save your weary old eyes from squinting. 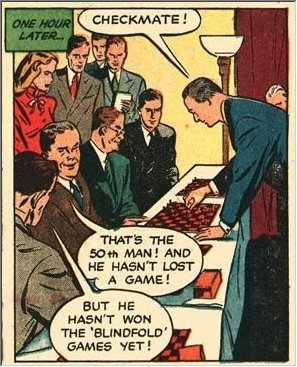 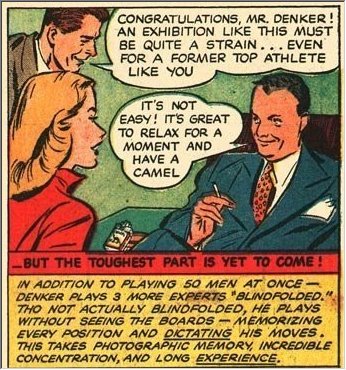 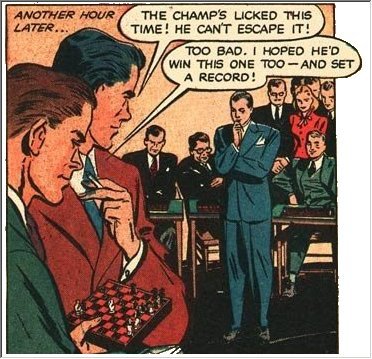 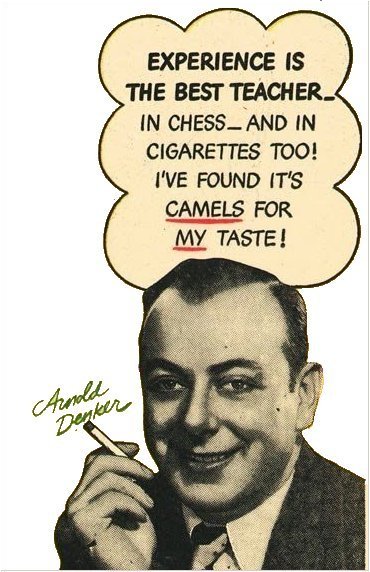 .
Do you think the artist has captured Denker in the drawing?

Here is the same picture blown up a bit so you can see Denker.

The position where Black gave up is here. (White to play)


The advert says 1.Nxg5 was played so let us have a look at it.

I found quite a few White checkmates with that mating pattern on Red Hot Pawn.

It’s quite possible that Black got tempted into this line thinking the doubled a-pawn
cannot be stopped with a Rook hitting it from behind and so went for the promotion.

This next one also features the Knight Mate from the Camel advert.

A Hall of Doom candidate. Actually I’m surprised it’s not already in there.

We round off with this wee Arnold Denker gem from his early years.

The advert came from: Tartajubow Site

Been a while since we did one of these. Always good rewarding fun.
I can give a clue: ‘You might need a long think on the first move.’

Solution at the bottom of the page.

It is much easier to show what a Zwischenzug is rather
than explain it.. Here is an example from a master game

This is the next one and the position is very close to the Lasker - Marshall game.

The Sam Loyd Solution. White to play and mate in 3 moves.