Gibraltar! 6.Bg5 and a Chess Rule of Thumb.

Gibraltar! 6.Bg5 and a Chess Rule of Thumb.

Well it would appear that last week I was totally distracted from
actually looking at White playing 6.Bg5 in the following position.


And as we got to print I still do not know if this move is covered in...

Annoyingly I can get my hands on a copy but due to this virus thingy the Edinburgh
Club is in lockdown. I have however discovered in my BCM magazine collection this...

Do not adjust your set, the cover really does look like that..

I think the big red question mark relates to Nigel Short’s decision to
drop out of FIDE when playing Gary Kasparov in 1993 World Final.
Ignoring the cover we jump to page 246 and we find an opening article.

Which is where we see tucked away in a side note...

(yes, I’m still relying on books and magazines to spell the name of that Russian Rifle.)

A maniac way to generate turmoil. This is what want. Our prayers have been answered.
At last we can toss those naffo crappo end game books in the garbage because we will
never ever see an ending again!. Armed with 6.Bg5 we will conquer the chess world.

When we are allowed out to play again I’m going to generate my maniac turmoil in Gibraltar.
Have you ever been there? ‘No’. Neither have I, but it’s a place I’ve always wanted to visit. 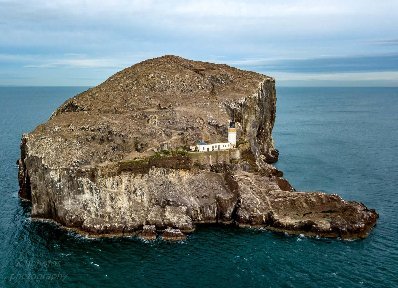 It is where John Lennon married Yoko Ono to give his pieces a chance.

And they do a fan-dabby-dozy set of chess stamps.

I got sucked in by the problem editor, John Beasley saying if you solve the
following mate in 3 problem in under 30 minutes then you are doing very well.

Reveal Hidden Content
Clue: the first move is not a check..and it is tough.


(Shouldn’t this bit be about 6.Bg5 in the Russian Rifle opening.....Russ)
Huh! So you too are having trouble spelling the name of the Russian rifle.

I had a 15 minute complete failure trying to solve it. (solution at the bottom)

St. Petersburg 1914. Capablanca was leading by 1½ points going into the latter
stages of this legendary chess event. Suddenly he lost two games back to back.
One was the famous exchange Lopez against Lasker and in the very next game
Capablanca lost to Tarrasch. It is now the last round and Lasker leads by ½ point.

Capablanca had White v the young Alekhine who was still in his pure tactical style.
Alekhine sacced a pawn on move 8 and Capablanca won without breaking sweat.

This would have attracted a lot of people. The Arch Duke Ferdinand hated crowds.
I’m pretty sure he would have cancelled his visit to Sarajevo, he would not have
been assassinated and therefore World War One would never have happened.

So next time you are about to refute a trap. Stop and think. There could be
very severe and beyond your control implications if you do not fall for it.

(it’s also a great excuse next time you get caught in one...”I did not want to start a world war.” )


Of course this can be unavoidable and swapping it off is a common White ploy
but when it’s a free choice the resulting holes around the Black King can be fatal.

One RHP example will suffice, most of you will know this Rule of Thumb by heart.

In the following Over the Board (OTB) game White coasts along remembering
their theory. They may have reach the end of their memory or stopped to play a
natural looking move to take the game down a different and less analysed path.

Either way Black spotted the easily missed 'anti rule of thumb' shot.
I mention in the notes to the following game that the critical position
has appeared four times that I know of and twice Black overlooked it.

That last trick works with both colours, an undefended Queen on d2 or d7,
a Knight on f4 or f5 and a castled position, it is a pattern well worth knowing.

I used that pattern a while back to turn a loss into a win.

Solution to the Berger mate in three moves problem.