Karpov was Jack the Ripper

Karpov was Jack the Ripper 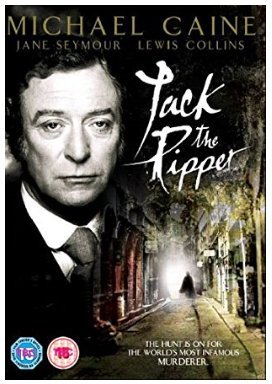 There is a moment in this film when Emma Prentiss (as played by
Jane Seymour) shows Inspector Frederick Abberline (as played by
Michael Caine) an artists impression of Jack the Ripper ( as played
by.....nobody really knows). She says she is selling the drawing to
The Stand Magazine but (and I’m sure most of you know this) the
grisly murders took place in London in 1888, the Strand Magazine
did not appear till two years later in 1890, that is a researchers goof.

But let us take a look at the artists impression from the film. 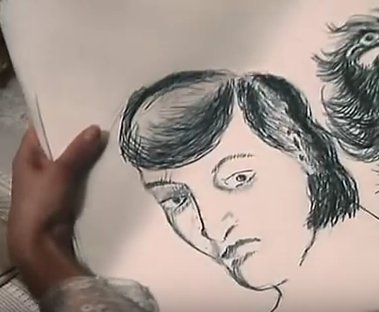 Karpov was Jack the Ripper!

...I thought it was going about players who Raymond Keene thought
were going to be future World Champions. It’s not. Read the blurb.

“Who will be the next World Chess Champion?”
International Grandmaster Raymond Keene.”

It is infact all about how Raymond Keene will be the next world Champion.

The are games by Keene with quotes from Fischer, Kasparov, Karpov
(who we have established was Jack the Ripper), Smyslov and Short
all agreeing that Ray Keene will be the next World Chess Champion.

OK. Remember this book was written in 1994. Ray lists 9
players who he thought would be future World Champions.

He was correct on two and close on six other players,

Vladimir Kramnik (He won the title in 2000 from Kasparov during
the so called ‘break away’ years. finally losing it to Anand in 2007.)

Gata Kamsky (Played a FIDE final v Karpov in 1996 - remember that
if you want to win a bet against anyone who says Bobby Fischer was
the last American before Fabiano Caruana to play in a world final.)

Boris Gelfand. (Played in the final losing to Anand in 2012)

Vassily Ivanchuk (A great player but too erratic. He has infact beaten all
World Champions since Fischer but cannot hold it all together in a match.)

Alexei Shirov (Actually won the right to play Kasparov for the title but
due to chess politics and financial reasons the match never took place.)

Judit Polgar (A good call this one and at one time looked on the cards.
Her chance came in the 2005 Fide World Championship but came last.)

The other player mentioned was Nigel Short (the book was written after
the 1993 match ) Nigel never featured again in the World Championship.
If the break away organisation had not been formed then Nigel would
have got a board straight into the next candidates as the beaten finalist.

Not too bad, Kramnik and Anand held it, in one form or another,
between them for 13 years after Kasparov lost the title in 2000.

(Carlsen? At the time when the book was published, he was 4 years old).

....has an infamous sentence:

Which is not too clever a thing to write if you are trying to attract English
readers to buy your books..(But I can understand where he is coming from)

In Fred’s book ‘British Chess Masters Past and Present’ written just three
years earlier in 1947 Fred does give a Staunton game (a snippet of which
I’ll give below - I cannot subject my readers to all of it. It is a bit dreary.).

I suspect Fred did have a game card index system that he kept updated
but he did not have, what we have now, and that is a Games Database.

If he had one then he would have selected one or two of the 93 games that
Howard Staunton played with John Cochrane between the years 1841 - 42.
A lot of these games are Red Hot Pawn material and I shall give one later.

I was looking at another Saint Amant - Staunton game and came across this position.


Staunton of course played 69...Qb4 and White resigned.
I was wondering if anyone here had played the move Qb8?

Been looking at the games from this years Grenke Tournament.
I noticed that Georg Meier was playing and recalled his game
v Carlsen from the previous Grenke (what exactly is a Grenke).
I wonder if Georg ( that is how you spell it ) still has Knightmares.

I found an amusing RHP game where such a Knights gobbles up pawns.

Finally a game and position that will no doubt be classed as one of
the greatest moves never played. (I call them unheard melodies.)