Where to begin this one....Best I think to start of with the book.

I’ll quickly cover old ground which I’m sure 99% of the planet know.

Fleming uses a chess game in the book It has been established it is this
game Reshevsky - Botvinnik Moscow 1955. I’ll give that game in full at the end. 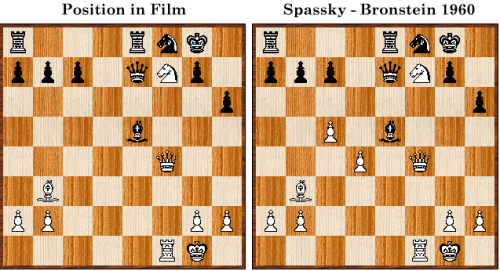 White played Nxe5+ and Black resigned in the film and in the real game.
Here is a still from the film the moment Black resigns. 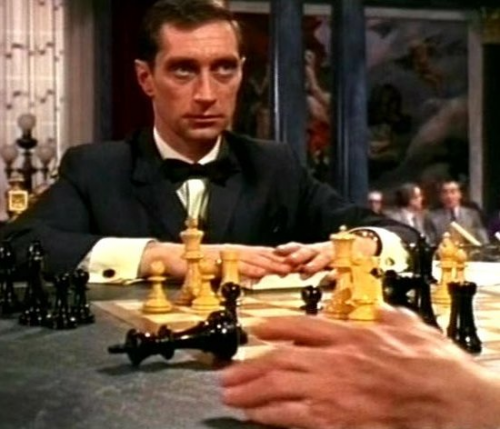 Time passes and into the story we now welcome the Union Des Comores, an
island off the east coast of Africa who decide to produce a set of chess stamps. 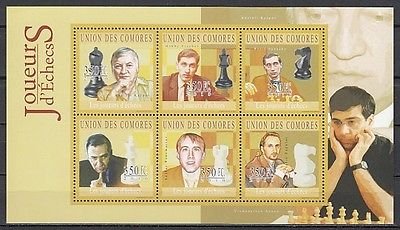 One very slight problem is the player depicting Boris Spassky... 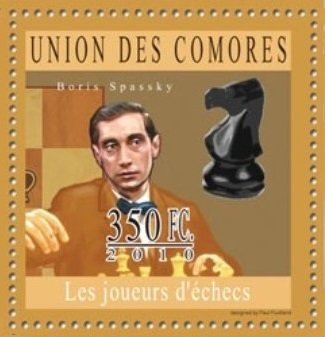 ....is the actor who played him. Vladek Sheybal.

(not one of my ‘gags’, the blown up stamp is from Edward Winter chess history site.)


Black to play. What happened next.

Answer after this picture of me advertising my Chess Tour of Edinburgh. 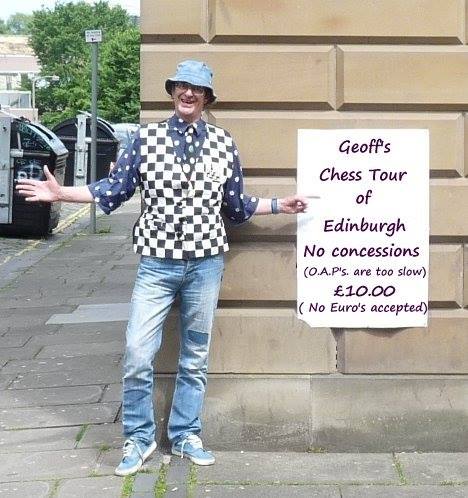 
A crazed Lithuanian who blamed the Russians for the death of the sister, tried to
attack Bronstein because he was a Russian. Bronstein, a Ukrainian Jew whose father
had served time in a Gulag was hardly what you might call the ideal anti Soviet target.

Bronstein was unharmed and it was only the pieces and board that suffered.
After a brief pause both players carried on with the game. Bronstein won.

Now back to books. Recently I finished reading this. (Review = It’s OK.)

Obviously the author has look at study in a newspaper and used this in the book.

What study? I’ve no idea but I have found some RHP games with this ending.
As usual I found a couple of games where things have gone instructively wrong.

There is an idea very well worth knowing in this game. It could save ½ a point.


This next one is an easier way to draw which the RHP player missed.

Invert BoardPGNHeadersComments
[FEN "8/7B/8/8/5n2/2k5/4pK2/8 w - - 0 91"]
91. Ke1 Kd4 {In this position and positions very similar it is very important not to allow Black to play Ke3 unless you can guarantee a stalemate. White played Bf5 Black played Ke3 and the unstoppable Ng2 mate followed. White should have played....} 92. Kd2 {Which you can see is a clear draw. No matter what King move Black does next White is going to play Bd3 and either take the pawn with Bxe2 or in the case of Nxd3 then Kxe2.}

And yet another book. This time it is.

And here is me looking at this book and discovering a wee plausible trap. 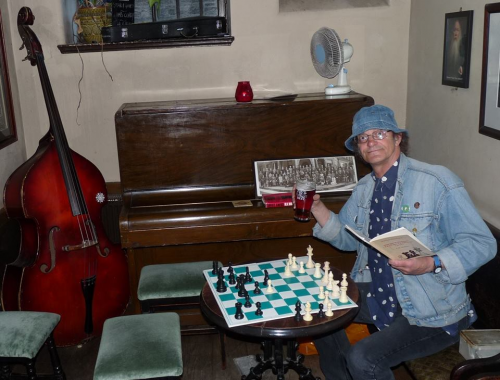 Me and the book analysis.

Which brings me on nicely to RHP games with the same them.


The thread accompanying this blog is Thread 173451