How about that for a nerd gold medal, look at the time for a New Year post.
One minute past midnight. This must be the first blog in my time zone for 2022.

(originally the claim was to be first anywhere but I've been reminded
that other places celebrated the New Year a long time before me.)

Actually not too bad. The Arbiter song is quite good. A few duff tracks outnumber
the good tracks but it’s OK. Well to be honest it’s not OK. There is only one good
track the rest are corny and drippy . I doubt very much if I will ever play it again.

(I’ve just re-read that review. I appear to have changed my mind halfway through it..)

I’ve also been staring at this for what seems like forever.

I want a joke chess title and author to go in the blank space. Something like;

So once again it’s competition time. The winner will not only see their glorious
effort preserved for posterity but will also receive a C.D. ‘Chess The Musical’

A common mistake that one. Adolf Anderssen’s first name was...Adolf!

Reveal Hidden Content
Black has only one move that does not allow mate next move.

Reveal Hidden Content
Allow Black to move then it is mate in 2.

Reveal Hidden Content
1.Kb1 Bh5 2.Rg6 and no matter what Black does it is mate on the next move.

Magnus Carlsen played, he has in the past twice won both events in the same year.
This year he thought he would give them a chance and played all his games blindfold. 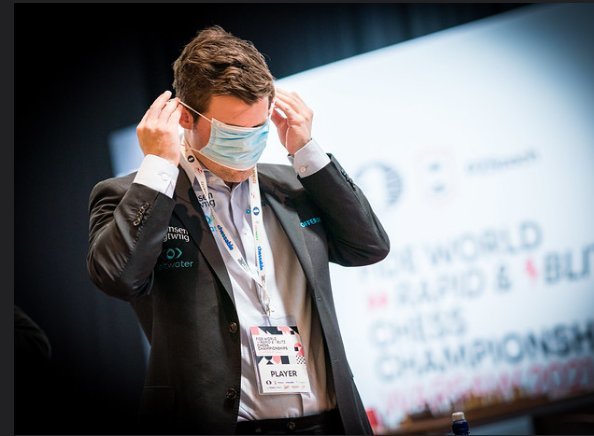 
White played 60.Re2+ practically anything else draws. 60...Kc3.
From a clear draw White is being checkmated on the next move.

What Happened Next? In horror as to what he played a stunned
Teclaf threw himself back in his chair and fell on the floor. 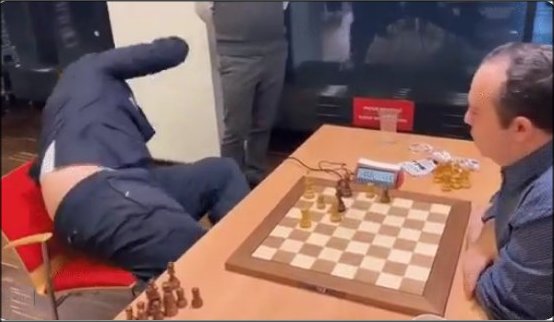 The most instructive swindle of Rapid event was the following.

So in time honoured tradition we now look at some RHP games where the
same thing has happened. A King and Queen ending walking into a mate.

Some will note that they are all Black wins. That is because the stem game
was a Black win. I feel a wee bit sorry for those whose games I have picked,
nothing personal, There were well over 100 examples I found. I've just a few.

Just to even things up here are a few White wins from the same set up.