Chess and The Double 'G'.

Chess and The Double 'G'.


At last I have ‘The Book’ this is the book that will reveal the secrets of 6.Bg5

Recap: We first saw this line mentioned in an old chess magazine by Robert Bellin.

And to save going back a few blogs this is what I wrote:

“A maniac way to generate turmoil. This is what want. Our prayers have been answered.
At last we can toss those naffo crappo end game books in the garbage because we will
never ever see an ending again!. Armed with 6.Bg5 we will conquer the chess world.”

and in the Neil McDonald book we now read:


This opening will be the one boys. At last we will do a Double ‘G’.

Yes, get a girlfriend. How can they resist care free maniacs generating turmoil

This opening variation features a double push with the h-pawn h2-h4 and h4-h5.
I have noticed that some of the cool hip writers call this pawn ‘Harry the H-Pawn.’
Please do not give names to pawns that one day you may have to happily sacrifice.

This snapper was in the right place at the right time.

“Gens Una Sumus - We Are One People” 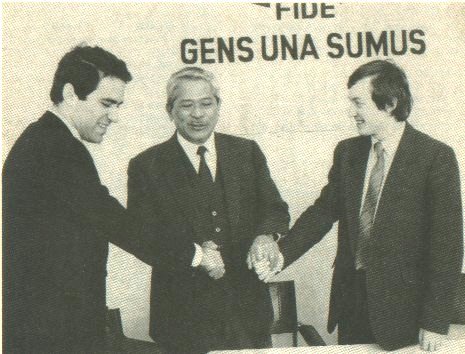 Kasparov and Karpov with the then FIDE President Compomanes at the 1986
London and Leningrad World Chess Championship. There had been some bad
blood between all three of them, Here they are making up under the Fide Banner.

From the September 1986 CHESS we see a state of the art computer screen shot at
a critical juncture in Game 8 of the K-K match. Back then this was very high tech. 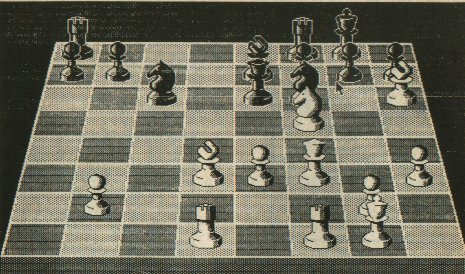 I used the bones of that position...


...wondering how many RHP players took on h6 and got mated.

There are quite a number of players taking on h6 and checkmate soon followed.
Something like persiles - skpaw RHP .2015 (White has just played 18.Bh6.)

A game with the same theme. Missed Chances, Miscalculation and one big Mistake.


One last tactical nuance to squeeze out from this game, did you notice the
trapped Rook pattern that could have happened back here with White to play.


If White spotted the back rank mated and instead played 26.Kf1 Rc8.


Then White has to play 27.Re7 because Black is threatening 27...Kf8 winning the Rook.

M. Arabidze - S. Gvetadze, Georgian Women's Championship 2020, Round 9.
was a 64 move game drawn game with no captures. The Final Position.

In comparison the longest RHP game with no captures is a paltry 45 moves.