I visited Lindores Abbey for the Chess All Stars. 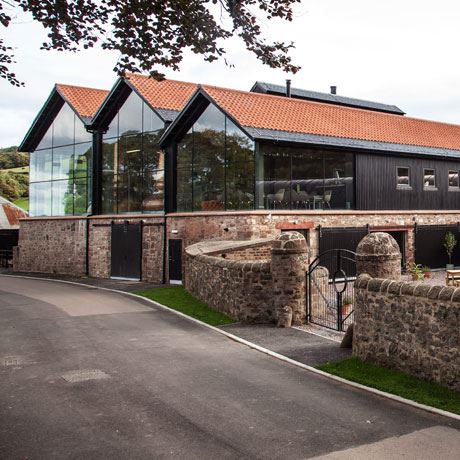 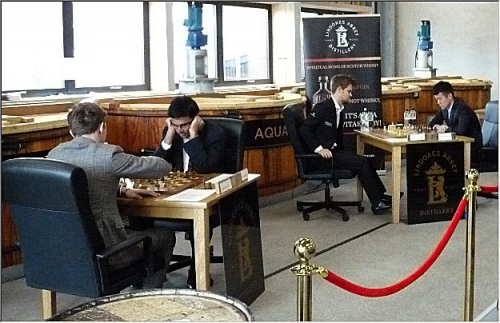 another pic of Carlsen playing Ding (it was a draw.) 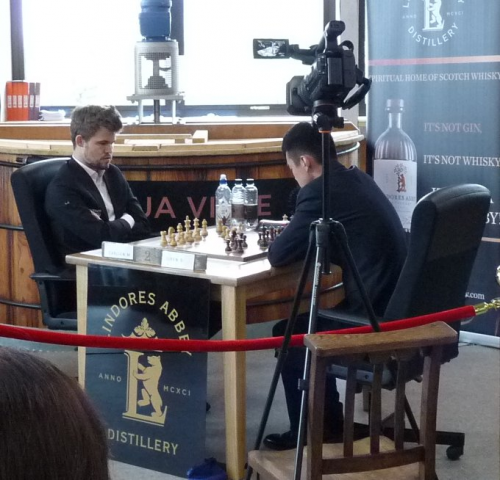 Then to the commentary box to hear them going through the game. 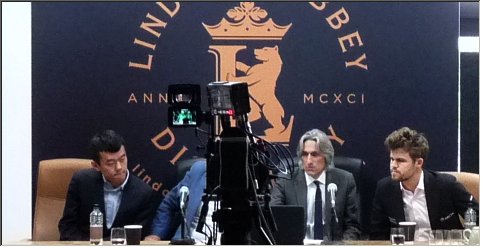 When they had gone I jumped up and sat in Carlsen’s seat!

It was great chess day out. I found a giant chess set. 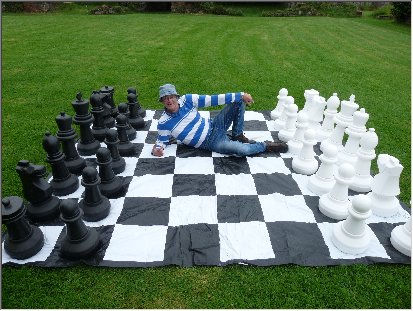 They also had a free archery stall. I missed the target and lost the arrow! 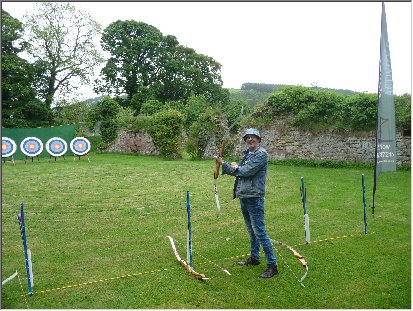 Then I danced in front of one of the huge outdoor display boards. 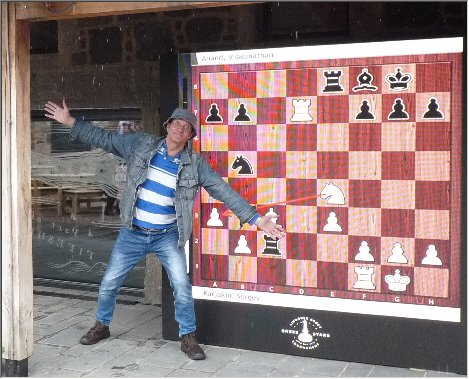 You will never guess what never happened next. 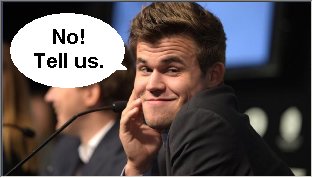 
Wining the pinned Knight on g7. Which is all very imaginative but alas, illegal.

However White failed to notice Black was in check (so apparently did Black)
and White resigned. Resignation takes priority over an illegal move so it was 0-1.
Not too drastic a decision, I’m thinking with best play Black will win anyway.


White did indeed lose a lot of material and resigned a few moves later.

The story is he was writing a postcard at the time and played 4..Ke7 instead of 4..Qe7.
We can believe he was totally distracted because in answer to 5.Bxb4+ he played 5..Kxb4

And this never happened at all (pity) 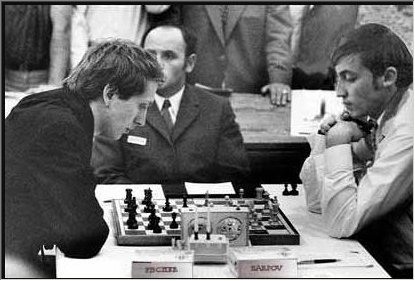 Before we go you have to see this blitz game I played in the mid 1980’s.
A lad reminded me of it a few days ago when we were swapping chess ideas.
The same tactical trick appears twice within a few moves of each other.