I have decided to go into Chess Merchandising.

Print this out, glue it too a piece of stiff cardboard and pin it to your chest.

Just one sock. You wear it so other RHP members who may have missed
the badge on your chest can spot you and have an interesting conversation.
(when ordering your sock please make it clear if it is for a left or right foot.)

Nail clippers so you do not put a hole in your sock with your unclipped long toenails.

This Corona Virus thing has stopped travel for the moment so you might not need
them for quite a while, but you can use the label and string as emergency shoe laces.


White to play and win. (solution at the bottom)

Red Hot Pawn Quiz Question No.714. Where is this? 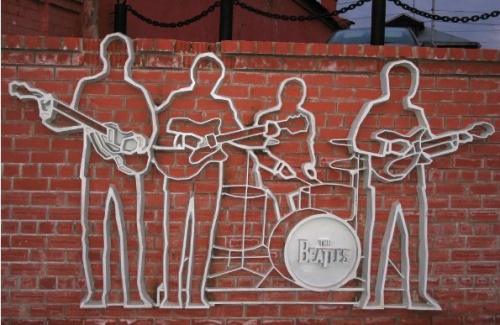 Liverpool, London or Yekaterinburg (don’t worry I had never heard of this place either.)

Yes it is in Yekaterinburg where the current Candidates are being played to
find a challenger for Magnus Carlsen in December 2020 (virus permitting.)

Teimour Radjabov should have been there but due to the virus he decided not to play.
His place was taken by a grateful MVL the first reserve and given three weeks notice.

I was watching the 1st round game between MVL and Fabiano Caruana.


Caruana did not play it but 7.Nxe5 is a move here. Time and scrutiny have
robbed this move of it’s tactical teeth, at the top level it appears very rarely.
(Which, of course, is all the more reason to give a shot at the lower levels!)


Best here is 8...Bxd4 a few RHP lads have got in trouble playing something else.

In this next one Black missed a win with another move instead of the best 8...Bxd4.

We examine yet another, alas, common RHP reply instead of 8...Bxd4.