Ding Pins and Wins and a Chess Joke

Ding Pins and Wins and a Chess Joke

How did White win this.

OK forget that. How about we catch up on some world chess news.

Ding Liren (26) the Chinese grandmaster, this is he... 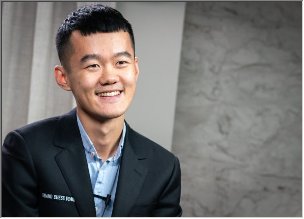 ...recently tied for first place in the Sinquefield Cup with Magnus Carlsen.
Ding won the rapid and blitz play-off winning the critical game in style.

A selection of RHP games with the above Ding mating pattern. First a basic example.

Now a couple of trickier wins.

White either overlooked or did not know this Rook and Bishop mating pattern.

In this next game the proximity of the Black King may have confused White.

A recruit is being talked through his survival gear by his sergeant.

“If you are alone and need help, take out the chess set and play over an ending.
Sooner or later someone will appear to tell you where you are going wrong.”

A recent Chess thread mentioned en passant captures. I revealed I had found
10 Red Hot Pawn en passant checkmates. This next game is the most recent one.