Recently I had the pleasure of reading this: 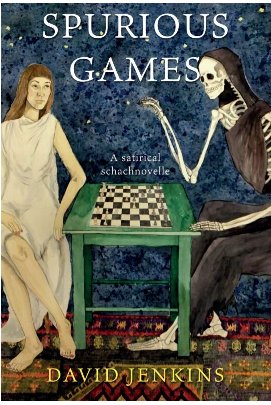 You will understand that a nutshell review is all I can offer because
it is a murder mystery with a strong chess theme running though it
and going in too deep may spoil potential readers enjoyment of it.

Chess players are getting bumped off and someone is taunting the police by
sending them clues in the shape of chess games and positions from actual play.

It’s good, loads of interesting characters, lots of humour and a few twists and turns.
(I had better add that this is a genuine book. When I first mentioned it on another
site where they ‘know me’ some thought it a joke and this was a ‘spurious’ book.)

I got it new! (I buy one new book a year, the rest I pick up at the four for £1.00
flea market.) The paperback edition cost less than £10.00 from Amazon and unlike
the other more expensive chess books in your collection, you will read this one.

This next review, typically I have not read it, nor will I probably buy it!
Because of that I shall restrict this review to the title and the cover picture. 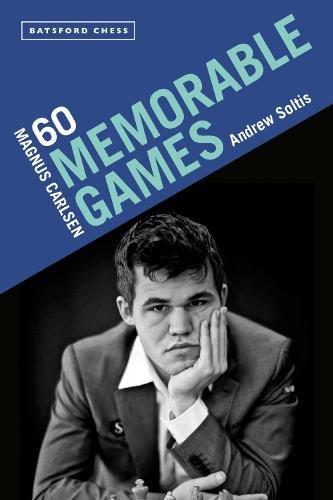 The title is too close to another famous book, I have already heard other punters,
(the people who actually buy these chess books) mumbling and grumbling about
the title. Carlsen’s name is enough, no gimmick needed. This may affect the sales.

If not then the happy go lucky picture of Carlsen certainly will. He is the most
photographed player in chess history, is this the best they could come up with.

Mind you, if the book is good who cares what it is called but the cover
picture has this open and read if you dare look. Maybe that is the idea

I found this game on another site.Since doing this blog this has been a no-no.
I said I would only use games from Red Hot Pawn and never a blitz game.
But this one is deserves to be spread across the ether. It warrants a cartoon.


So I thought I’d dig out a few RHP Knight checkmates. And what fun I had.
First we add another example for the maxim - ‘Always Pause Before Promoting.’


Every Russian schoolboy and his dog knows you cannot mate with two
Knights. But how about one Knight v two Knights. Can that be done?


In the last example we saw how a Knight knocked two Knights out of their saddles.
This time, how about a lone Knight taking on a Rook and a Knight.....Surely not.

Do not complain, I never ask you to solve these things. The are for your amusement to
see fertile minds at work and some of the wonders that can be created on a chessboard.


White to play and draw.

Where we look back at a game from an old blog that had something
rather unique, instructive or humorous about it. (I tried to get all three)

Back rankers happened day after day on RHP and despite the sting of such a
loss some players have been caught twice, thrice and many more times with it

But it is not the back rank mate we are interested in, it is what was not played.
Not, I hasten to add, to make merry at someone’s bad play (OK that is part of
it, but we can all laugh and learn from each other, no real harm done.) it is to
drive home that wonderful combinations are not the sole right of the G. M’s.

These positions crop up our games fairly often and we let them pass us by.
Check All Checks! Even if at first glance they look unsound and ridiculous.


Finally, I am happy to report that benda does know how to play back rank combinations.