Every Thursday and Sunday afternoon there is chess in Edinburgh’s
Princes St. Gardens. I go along most days to meet some old buddies
(and I mean old), catch up with the gossip and play a few blitz games.

Last Sunday a bunch of artists turned up to sketch Edinburgh Castle.
(I have since invented the collective term for artists is a ‘paint pot’.) 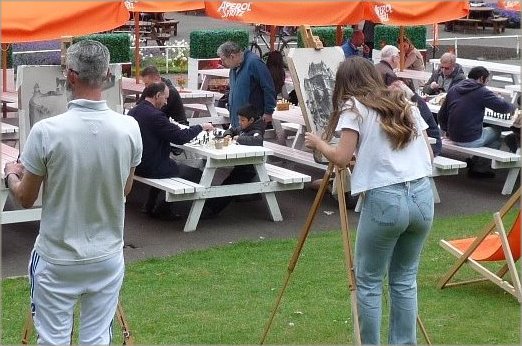 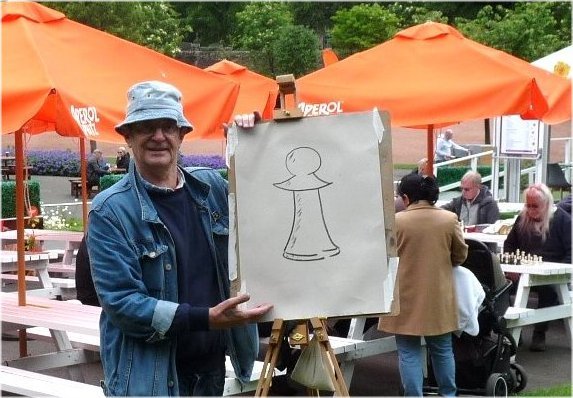 I could not decide whether to make it a green pawn or a Red Hot Pawn. 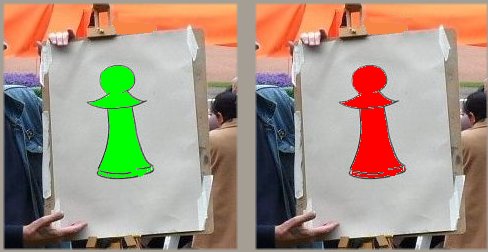 In the end I did neither, I bought a picture from a charity shop, took out the
original picture, put in my work of art, signed it and then hung it on my wall. 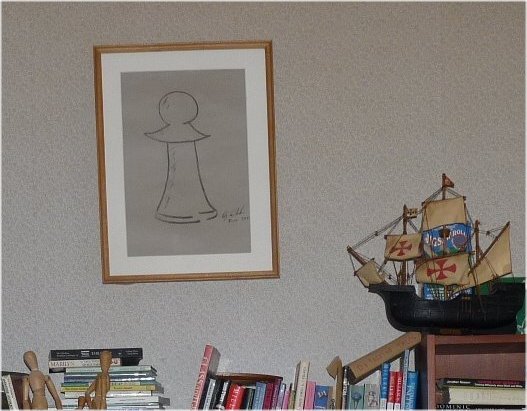 This was the original picture by someone called T. S. Dodds, ’69. 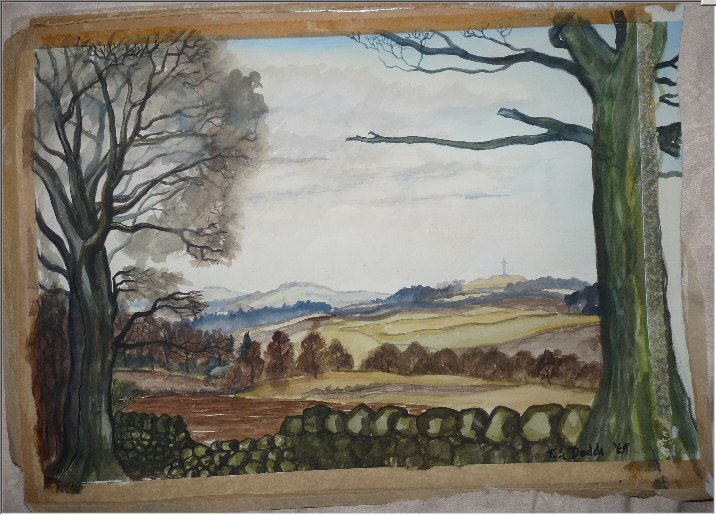 I then googled ‘T. S. Dodds the artist’ and discovered that any artwork by
Thomas Sherman Dodds is trading hands for sums round of about £10,000.

I do not have copyright on any famous chess players pictures, that includes those
I took of Carlsen and Anand a few years back because I had borrowed the camera.
Imagine the guy on the left it is wearing a wig and the guy on the right has a beard

This is good and it belongs, if anywhere, in this blog. The blog of Blunders!

Mamedyarov is away from the board, possibly signing autographs and telling jokes.
Anand played 1.Qb5 and right away he realised it was a blunder so before Mamedyarov
returned Anand shook his head, promptly resigned, signed the score sheet and left.

Mamedyarov returned and someone thinking Mamedyarov would find it funny
had reset the pieces and placed the Kings to show that White, not Black had won.

.
However Mamedyarov was not in the least bit amused and thinking the controller had
defaulted him for signing his autograph as ‘Washington Irvine’ or for telling naff jokes.
So without waiting for an explanation Mamedyarov stripped stark bollock naked and....

This next game does not exactly fit with the Anand game. It has a Queen taking a Knight
on f3 with a check but mate is a number of moves away. This type of sac looks great but
honestly not too difficult to work out. You just keeping looking at the checks till they run
out and with it being mate then no need to look for a sting in the tail. Mate is game over.


The thread accompanying this blog is Thread 193578