The Revenge of Chess Computers

The Revenge of Chess Computers


A prophetic cartoon from CHESS 1946

“I take a poor view of that ‘mediocre’ remark of yours, Mountbatten.”

The computer was replying to this:

It appears computers, like elephants, do not forget and we can blame
the rage of the machines against humans on Lord Louis Mountbatten.

Wesley So is the 2017 USA Chess Champion. 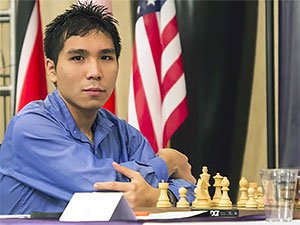 Wes played a stunning game in the 9th round using a series of
checkmates in one and two moves to hamstring White This is
the type of game which is a writers dream. The notes come easy.

A look at the first Queen offer from Wesley So.

Here is a picture of the one I have.

Unfortunately a number of the problems (60 so far have been discovered) have
been classed, and here I use the term from the ‘Problem World’ as anticipated.

You ‘anticipate’ composing a chess problem usually by pure coincidence.
Unknown to you the setting is similar to a previously published problem.

Fair enough, but friend Percy Wenman took ‘anticipation’ to a new level.
Here are just two examples. The solution to both problems are the same.

Mate in 3. The original on the left is by C. Mortzsch published in 1903

The one on the right appears in a Wenman book The board has simply been rotated.

Mate in two The original on the left is by M.Havel first appearing in print in 1903

The one on the right appears in a Wenman book Place the Rook from g1 to g7.

This is a picture of Percy taking part in the 1920 British Chess Championship. 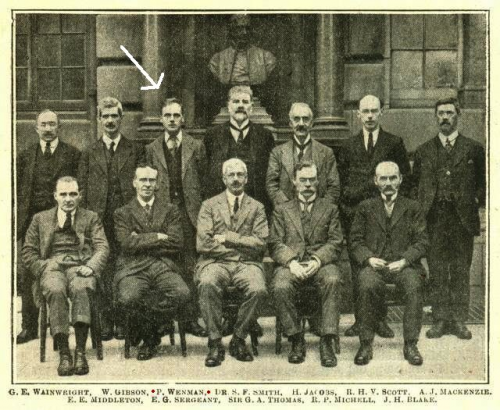 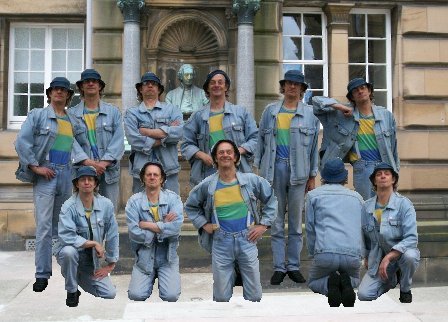 A Mirror Mate is when the King is in checkmate and all 8 squares surrounding
the checkmated King are vacant. As always this is best explained with a diagram.


That is a Mirror Mate.

It’s very rare to see one in an actual game. RHP of course has one in 12 moves.

Here is a nice Red Hot Pawn example of it in action.

White nicks a Rook and Black is tries to trap the White Queen.

We keep the same pattern, Two Knights attacking c6 with a King and Queen fork


White failed to spot Nc6+ and Nc6+ and went onto lose.


White failed to spot Nc6+ and Nc6+ and went onto lose.

Now one that was spotted and set up by the Knights player.

We call time on our visit to the dungeons of RHP with this comedy of errors.

I chanced upon this game a few days ago. Was Black’s h5 a trap...you decide.