The Unicorn and the Cyclops + the 2018 Olympiad

The Unicorn and the Cyclops + the 2018 Olympiad

A Unicorn playing with a Cyclops is an accident waiting to happen.

The Unicorn and Cyclops syndrome in Chess is a Rook and King.
Often in Rook endings the worse thing you can do is have them
playing together on adjoining squares. Accidents waiting to happen.

One more. This time the Unicorn and the Cyclops are lucky because they get away
without being tripped up. But they never learn and along came the inevitable accident


The Unicorn and Cyclops Syndrome will soon be entering chess literature. 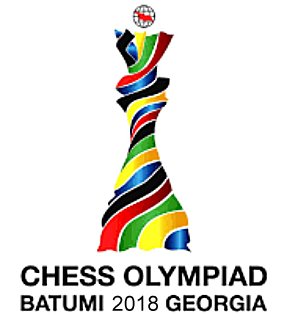 As I type this the Chess Olympiad is being played in Batumi (that’s in Georgia.)

It’s smooth, detailed, up to date and everything else is where it should be.

As usual, like a vulture I haunt the lower boards looking for things...

A Battle of Back Rank Mates.

Now a couple of sly and cheeky attempts at stalemate.

We end with a wee trip up to the top board and a might have been.