Last column I showed this picture with ‘Master Chess’ in the middle. 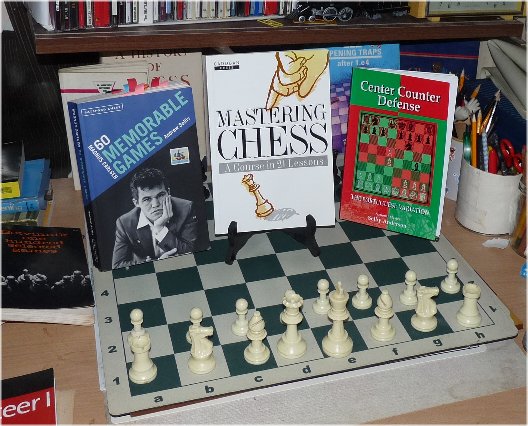 I have come up with a competition to win this book and anyone can enter. 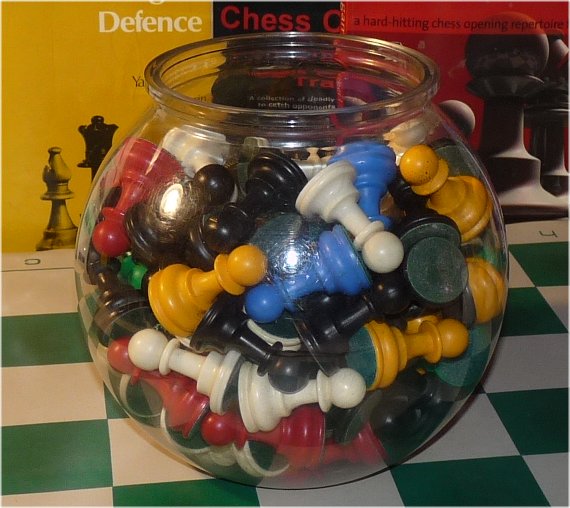 ....guess how many pawns are in the goldfish bowl.
To make a guess use the link at the bottom of this page.

One guess per player and if it is not won then the closest guess by the 10th February wins.

Next I have a lovely wee treat for you. (I really do spoil you lot.)


This is a good one. I’ll post the solution right after next bit.

I took over ‘Capital Chess’ from Alastair White and one day changed the title to CapaTal Chess.’

Pretty imaginative yes? (Capa-Tal) Not really the I got the idea of messing about
with the title from a spelling mistake printed on the cover of another chess fanzine

This was sent to me by the editor and such mistakes were typical from every chess fanzine.

(for those not up with U.K. geography is should be ‘Northumberland’ )

It may be a new year but the format stays the same. I find a good piece of
chess from a master player as the stem idea and see where it takes me.
(yes I really do make these things up as I go along. Nothing is planned.)

Inspired by that game I decided to look at Red Hot Pawn games
that featured a King and Knight against a King and two pawns.

This RHP game should never have been a draw. But if you have never seen
the idea or pattern before then I suppose it can be missed (that is stating the
obvious because it was.) Now you have seen it, you can store the pattern.

The basic pattern. King stalemated in a corner waiting for any check to mate it.

Now solve this position that appeared in the Skeggi - kingsgambit111 game.


Black to play (answer follows on.)

A couple more RHP games that I stumbled across when doing my KN v KPP search.


White failed to play 55.g7 and the pawn promotes. Instead
55.Kf3 was played and the game was drawn a few moves later.