Aronian: Turn Off the Dark

Aronian: Turn Off the Dark

Hello all, and welcome to Hikaru Junction,

the only chess blog on the internet whose author produced the startlingly insightful commentary “I think most likely [to win] is Aronian, for experience, consistency, and his recent superb form…Caruana is one of the stronger contenders, but he doesn't seem to play as aggressively, which I think will hurt him.” (Thread 176208)

As I’m sure you know, Aronian then proceeded to make me look like a fool by scoring 4.5/14, and Caruana doubled Aronian’s score to win the tournament.

In this handy-dandy graph I made, Aronian is the line far below everyone else’s. 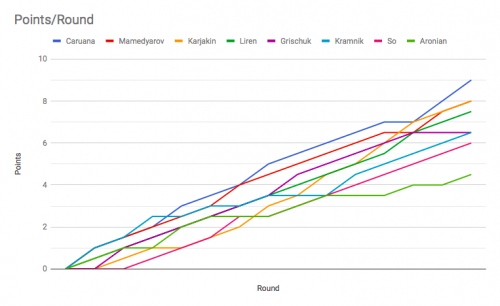 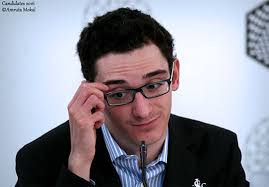 Let’s try and find out why Aronian did so poorly. (I’m not going to radar graph his performance, as I want to publish this blog in a timely manner. [7/31/2018– this did not happen.] From a look at his games, I suspect that he would look just as bad there as his results indicated, but I’ll do it if there’s enough demand.)


It confuses me that Aronian didn’t take the opportunity to press on in the face of these complications. I can assume that he eschewed continuing the game in favor of the safe half-point, having already taken numerous risks in this game, because a loss would have been especially damaging. To this I would say: you’ve gotten this far– what sense does it make to take a draw in a position where a win might be just around the corner? Even if Aronian had lost, there were still 13 more rounds…


Overall, a fairly complicated first two games, which were ultimately settled by the players refusing to enter into complications. A half-point from each game, while perhaps a little disappointing considering the pre-tournament predictions surrounding him, seems fair. His third game, however, was atrocious, the sort of the game that could justifiably .


I can’t know what Aronian was thinking after the game, but it seems fair to say his confidence was rattled. His choice to eschew his normal 1.d4 system and play 1.e4 was almost universally criticized, and Hikaru Nakamura went so far as to tweet “Bad opening choice by Aronian…” followed by the image 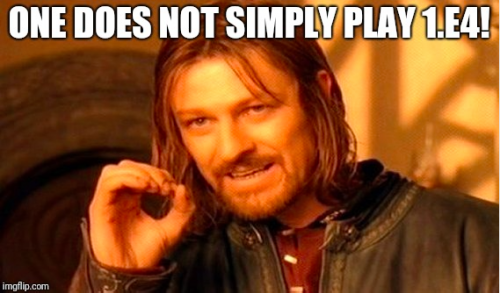 While I don't think Aronian will have considered 1. e4 a misstep as he prepared for the game, nor as he played the game, the result has to have impacted his attitude toward the opening, as he didn’t play the move again for the rest of the tournament.

He pulled himself together to win the next game, after Karjakin’s extremely questionable opening preparation as White left him two pawns down with little compensation.

However, he continued to play inconsistently at best throughout the tournament. Round 5’s game against Grischuk was filled with fireworks, but the edge we’ve come to expect wasn’t there, as he missed several seemingly easy moves.


Aronian then ran up against Wesely So in the sixth round, and again lost in what Colin McGourty (for chess24.com) described as “unquestionably the game of the day,” a running theme throughout the tournament.


Originally, I was going to go through Aronian’s whole tournament, but as it’s no longer particularly time-relevant, I think I’ll write something more original for the next post, and instead I’ll close you out with the words of Hikaru Nakamura:

P.S. I’ll keep it brief and ask you to please check out my new site manutd.blog , where I argue against my Manchester United-fan friend in the hopes of demonstrating why the team just isn’t that good– I’m quite proud of some of the work I’m doing over there, and updates should be coming much more regularly with the season starting this weekend.

Also, if you’re a Fantasy Premier League fan, and against Manchester United, I’m running an Anti-United minileague, for which the league code is 259098-241600.
Share
Tweet