Return of the Junction

Return of the Junction

Magnus Carlsen’s back, and so, apparently, am I. What is it that I usually do here? Claim I’m the only chess blog on the internet that does something? Apparently, I’m the only chess blogger that routinely loses a train of thought, since I wrote “I’m working on a bigger project for next week” in an introduction three months ago, and have since completely forgotten what that could have been.

I do have a new thing I’m working on now, though, and that brings me to my next point: In my absence, I’ve tried to re-evaluate my attitude towards chess. For some time, I’ve been a little discouraged, I think, partially because of the below rating graph. 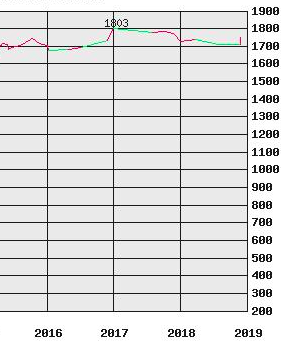 At the same time, though, I think it’s a self-perpetuating cycle, at least for me. When I don’t brush up much, and I play the vast majority of games online,

I’m less likely to see any sort of results rating-wise, though I do think I understand the game better. And I do think I allowed myself to attach too much importance to the numbers: to the ratings, and reader numbers of this blog, and external stuff, and forgot that 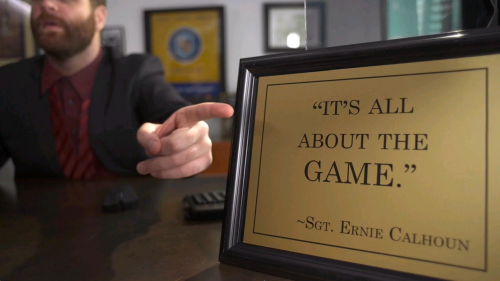 It’s not an obligation. It’s supposed to be fun. In any case, that’s why I’m taking the time to write something semi-introspective, and, at times, semi-humorous here, instead of diving right in; I think it’s a message that we can all learn from, even if it’s difficult to always apply it. Chess is a game; that’s not a reason not to take it seriously, but it is an indication as to where our focus should be placed.

So what else do I usually do here in the introduction? Introduce the post’s topic? Here it is: the first part of a two-part story.

If you’re not interested in my ramblings, then I’m not sure why you read this blog, but I’m nevertheless happy to have you. Let’s (finally) get down to business.


The second game was similar –I was still finding my over-the-board groove, still working on my focus and concentration– but this time, I was punished for my mistakes, rather than gifted an opportunity to strike back.


1-1 in an under-1800 section– it wasn’t terrible, but I wasn’t thrilled with my results, or how I’d played. In both games, I had been over-eager, missing tactics all over the place. Although, nominally, I was calculating, I was spending more time psyching myself up, or pondering the feel of the position, rather than calmly sorting through the tactics. From this point forward, I resolved to lock it down properly– I wouldn’t give up any stupid opportunities, and I’d capitalize when my opponent blundered. Of course, things don’t always go to plan.


Despite some ups and downs, though, an ultimately relatively successful 3/4, after which I went into my second tournament of the weekend with a positive outlook.

Post-Script: I’m looking to step away a little from (playing games on) RHP, even though this blog may be active; about until the end of the year. Apologies if our game drags on a little; rest assured, it’s not a slight against you personally.
Share
Tweet