A Chess Jacket and the Salvio Trap

A Chess Jacket and the Salvio Trap


Look at them, these are our chess elite... 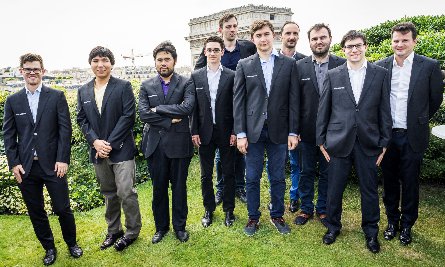 ....and they have been made to wear dull unimaginative jackets.

My Auntie Ethel, the one who disguised herself as a man in WWII
so she could fly Lancaster Bombers, always said; “Never complain
about anything, just improve it. ” I have a new jacket design in mind. 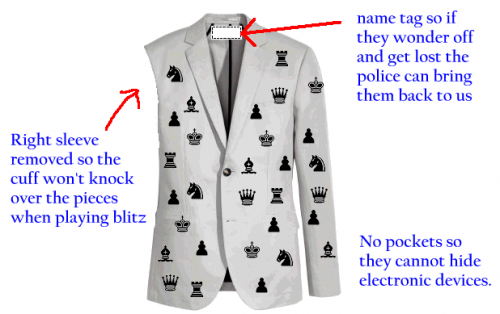 I have moved house and I now live in a huge concrete Rook. 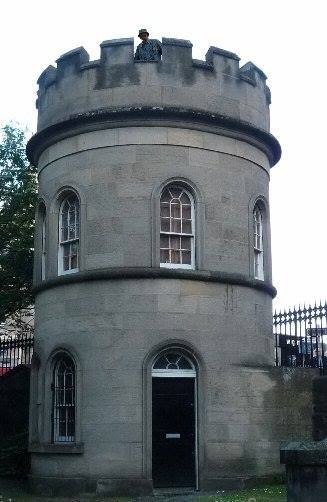 It is quite strange living a circular room with no corners.

I decided to wallpaper the sitting room. I went through 18 rolls of
wallpaper before I discovered I had been going round and round
in circles papering over the same bit time and time and time again.

The title says it all. What Happened Next? Three riddles this week

(Black to move) What happened next?


(Black to play move 11) What happened next? (and was then undone by the organisers.)

Answers after I show you a picture of me and the Thompson Twins. 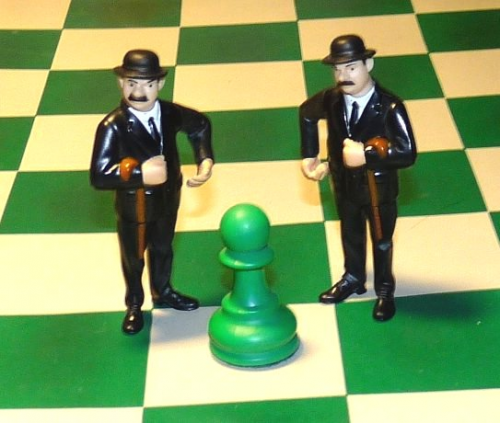 
Korchnoi accidentally touched his King and realised right away he was lost.
In his anger he swept the pieces off the board and stormed out of the room.


This one involved a semi - successful cover up by the organisers.

Spassky and Judit Polgar had been having an argument with this variation in their match.
This was the third time it had appeared and on the way to the critical position, which
appears round about move 15, these two players just hammered out the following moves.


Spassky played 11...Re8 and Polgar immediately replied 12 Nf1. Black then played
12...Bb7 and the variation under examination was back on line. Black went onto win.


And Black losses his Queen. Spassky would have resigned.

To save the players any embarrassment, and possibly to stop any demeaning comments
about the match (both players missed 12. Bxf7+ ), the organisers of the match released
the moves 11....Re8 and 12....Bb7 in the wrong order so the shot 12. Bxf7+ was not on.

Even today some Data Bases have the wrong move order as if this never happened.

Nakamura (apparently for a joke) played 1...f1=N threatening Ng3+ and
expecting 2. Rxf1 Rxh5 and a handshake. Instead he was stunned to see:

If Nakamura had taken the Queen it would produced a three way tie for first
place. Instead he finished in 3rd place, taking the Knight cost Nakamura $7,500

@Spectators in the Chess Forum mentions the well known trap in the Queen’s
Gambit Accepted where Black losses a Rook saying because it was first spotted
by Alessandro Salvio (1570 - 1540) the trap should bear his name. He’s correct.

This trap has caught a staggering 3000+ players on RHP. If you go here:


You will see the move 6. Qd1-f3 has been played 2,959 times.
You will also see the number of times this shot has been missed.

Salvio may have been first to mention it but I bet he never caught nowhere near as
many victims as @AttilaTheHorn. My records indicate he has trapped 96 players.

AttilaTheHorn (and why not, it’s his pet trap) - Mladen Jurkovic RHP 2017

So what as Black do you do to avoid being one of the victims.

Here is one way to play it by one of the RHP good guys.

White skillfully finds a skewer where others would have failed.


In the next game temptation blinds the player.
ebonyismydog - beechform RHP 2016

But before we get to two lone Queens, this happened (White to play)

But White missed it and played 1.Qe5