....continuing with our history of what really matters in Chess.

We left part II with Phildor, moving onto 1813 and we get the first
Chess Column ‘The Liverpool Mercury’ edited by Egerton Smith.

Egerton published a hand drawn diagram meant to show a checkmate in
three moves but the diagram with two Rooks v one Black Rook was wrong.

A couple of RHP games with the same material set up getting misplayed.

In 1829 the Edinburgh - London correspondence match finished with a 2-1
win to Edinburgh (2 draws). The publicity prompted a con merchant to dye
some Viking gaming pieces red with beetroot juice and he passed them off
as the Lewis Chessmen. The British Museum fell for it and these ‘chessmen’
are being sold to tourists and have even appeared on the cover of chess books. 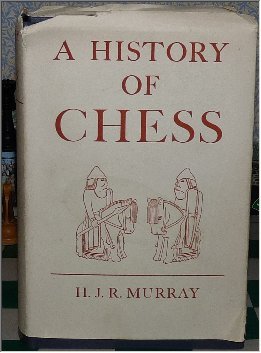 London 1851 and finally the rules of Chess regarding pawn promotion are tidied up
by Howard Staunton. Some rules stated you could not promote a piece that had not
been taken another sets of rules made it legal to promote an opponents taken piece.

Why would you want to bring one of your opponents men back onto the board?


White played 45.d1=Q stalemate. But if you look at the board no matter what
White piece chose to promote a Rook, Knight or Bishop it is still stalemate.

The Staunton Chess Pieces which are standard in all chess competitions were not
designed by Staunton but by a chap called Nathanial (‘Nat the Bat’ ) Cooke.

The first set wooden set carved with this design was actually onboard the ship,
the Marie Celeste, the Captain lost a game of chess against the first mate (a pun!)
the pieces were thrown overboard and all of them washed ashore on a Cuban beach.
These were the very chess pieces that Capa the Blanca learned to play chess with!

Yes. I was in Havana the other day getting your cigars and popped in the Fidel
the Castro Museum. The pieces are on display next to a Che the Guevara berry. 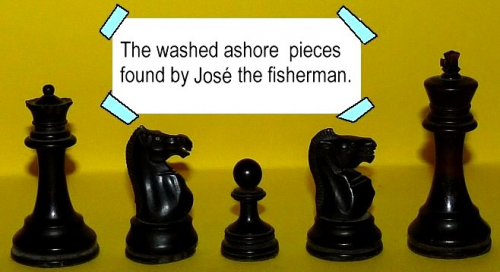 1867: The first mechanical clocks appeared. Players have been losing on time ever since.
Before then sandglasses was used to record time and I have no idea how that would work.

I’m guessing that all your pieces were filled with sand and the more you moved them
the more sand fell out till there was no sand left and the weightless then pieces fell over.
This is probably when tipping your King over to a horizontal position to resign appeared.

That brings us to 1879 and in that year that the first New Zealand Chess Championship
took place and it is infact the longest running national chess championship in the world.

This is a great opportunity to make amends and win back my New Zealand friends.

In the Christmas Quiz Blog Post 405 I said Bob Wade was an Australian.

I corrected it but the damage was done and letters of complaint have been flooding in.
(no emails, New Zealand does not yet have the internet.) so the next game up will be a
very instructive game played by Bob Wade in the Australian Championship (sic) in 1945.

I mentioned that White has to watch the e-pawn if it is only being held by the c3 Knight..

Bob Wade’s 1945 game has allowed us to jump from 1879 to 1945 which is good.
You are not missing too much. World Champions appeared and then disappeared
and that part would have been covered in a ‘History of Chess parts 4 - 8’ which I
no longer need to cover. So the next instalment will be ‘The History of Chess part 9.’

‘The History of Chess part 9.’

Portugal 1946 and Alekhine died. He was the only World Champion till then to die
in Portugal. Before then Steinitz, Lasker and Capablanca died in America though
none of them were born in America. Morphy died in America and he was also born
in America. I have no idea at all where I am going with this but we are now up to 1947.

Trap 47 has appeared on the board 14 times at RHP but has only been sprung 6 times.

Next week we continue with the 'History of Chess' from the 1950's.