The Edinburgh Festival is in full swing so to avoid it I visited an out of
town book shop I had not been to for a while. Oh Joy. I picked up four
books all for £1.00 or £2.00 each. So a quick review and the challenge
of finding an RHP game I can link too. I find two out of four...Not bad. 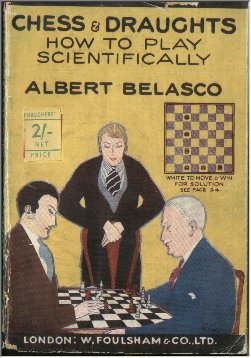 The first thing I noticed was that of the 60 pages 27 were devoted to Draughts and
27 pages devoted to Chess. A very nice even split which was possibly intentional.

No idea if any gaffs appeared in the Draughts section but this was in the Chess section. 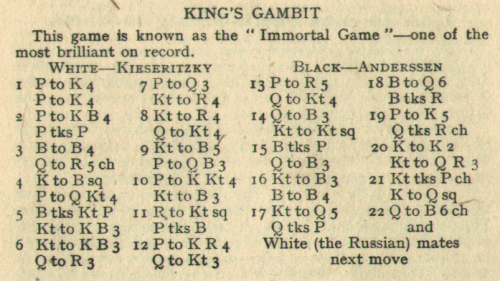 Kieseritzky (the Russian) was not Russian but he does have the colours right!

Anderssen (the German) was of course the winner, however as I have mentioned
before on these pages Anderssen had the Black pieces for this game. The game was
played before the rule about White always going first. So this is what Anderssen saw...

Albert Balasco also adds a tale about a kibitzer butting in here.


The kibitzer says White has mate in two. One of the players make a bet he does not.

Of course that got me looking on RHP with Knight v Promoting Pawns.

First White makes the most natural move on the board. This is always a mistake.


Black has a fairly easy mate here with Qh5+ and Qxf2+.
But instead took the f7 pawn and fell into the fork Ne5+. 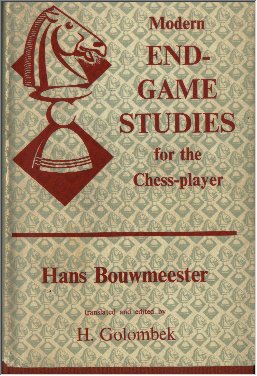 ‘Chess, like love and music has the power to make men happy.’ Tarrasch.

The very first study in this book just makes you so happy to know Chess.
If you are not familiar with it then you are in for a very refreshing treat.
It’s easy to remember and soon you will be showing it to all your chums.

It was composed by P. Heuacker and it White to play and win.

Solution at the bottom of this piece.

But let us stay on the theme of studies just a wee bitty longer.

White missed a chance to play a wonderful study like game. 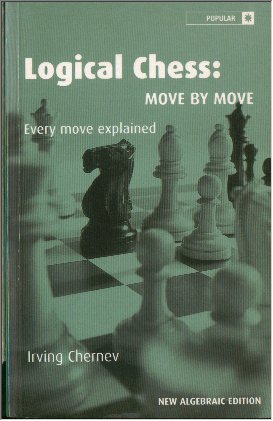 The algebraic version of this highly recommended book. A lot of players I know say
this was the first chess book they read and understood. it was the book that hooked them.

I do not have this version and wondered if they corrected the mistake in Game One.


But it has been shown that White has at least a draw by playing 18.Bxf7+.

It has not been corrected. Which to me is OK I can give a basic variation. (see below).

I am all in favour of old classic books being brought up to date in terms of algebraic
notation to increase the enjoyment of the modern player who view the old descriptive
as Egyptian hieroglyphics. and in minor cases like this a correction could be added.

But the trend has been to start butchering the original text with computer analysis
everywhere, out of context comments and dropping in up to date opening theory.

They have left this book alone and it is exactly ‘warts and all’ how Chernev wrote it.

One very basic line to show one of the perpetuals. 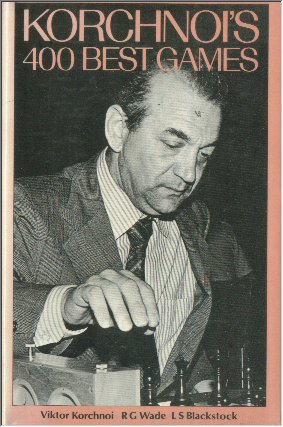 It was ideal to have a massive collection of games in one book to look up a game
that was mentioned by another source. But today one just needs to launch a database.

Even better with a database because in the book it mentions a game v Bagirov where
Korchnoi touches the wrong Bishop and resigns right away. They are not going to
give that game in ‘400 Best Games’ but a decent DataBase will show you the game.

I’m not a great fan of the informator style layout. 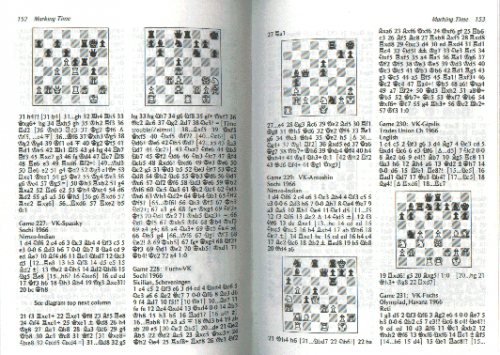 But there again how else are they going to squeeze 400 games into 260 pages.

I would have liked it better if it was book of 20 of Korchnoi’s games
with, preferably his, in depths notes. But for £1.00 one cannot argue.

I suppose now I will get found out and have to note up a Korchnoi game. Of all
the great players whose games go over my head Korchnoi is by far the worst.

I can, at my own pace play over Capablanca, Fischer, Tarrasch and get into
their minds and see what they were up to. Duplicating this in my own games
is entirely a different matter. But I am often a total loss with Victor Korchnoi.
Heavens knows what it must have been like having to play against him. Awful!

So I’ve picked a miniature from 1975 just before Korchnoi defected to the West..

A year prior to this game Korchnoi’s name was on the cover of a book on the King's
Gambit written with Zak. I suspect V.K’s input would have been quite sparse his
experience playing the King’s Gambit before 1974 was three games, two of those
in the very early 1950’s. Planinec avoids a recommended line in the Zak book and
reaches a position that was given a White plus in 1965. a few moves later he resigned.