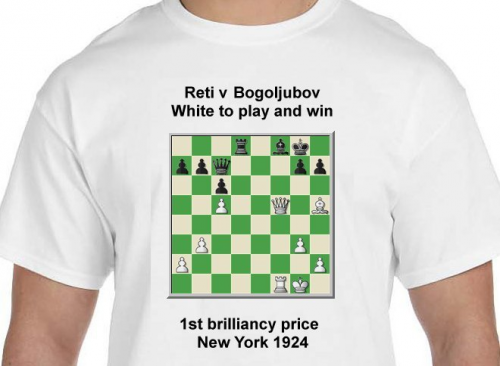 At Hasting in 1926 Milan Vidmar (1885-1962) sprang a trap that with the
rise in popularity of the ‘new’ King’s Indian Defence had been lurking on
the board just waiting for it’s first hapless victim to come stumbling along.

It has since then caught 20+ players in recorded tournament play, probably
1000’s at blitz both OTB and on the net. Here it has caught 10 R. H.P. players.

The ‘Trap’ (pitfall is a better word.) can be reached by a logical series of moves
G. Norman - M. Vidmar Hastings1926.

And of course we just have to add a Red Hot Pawn example.

Always on the look out for Hall of Doom subjects I often stumble across
an OTB blunder by a good player and then see if any player on here has
made the same blunder or walked into (as is the case here) the same mate.

The OTB (Over The Board) example that kicked my search into gear was:

This game has an amusing background story with is worth relating.

Short needed to win this game to qualify directly from this Zonal into the
candidate matches. A draw would result in a play-off, against Mikhail Tal.

Things were not looking too good for Nigel. Infact they were so bad
halfway through the game when news went around Nigel was losing
the entire Russian contingent , including Tal, who just drew his game,
took up the front seats of the playing hall to witness Nigel’s downfall.

Nigel Shorts reports the entire Russian party all rose together and left the hall.

So with this pattern in mind....


...I scanned the RHP database looking for such checkmates.

Andy Warhol reckoned that everyone gets their 15 minutes of fame.
(personally I’ve never hear of him till 15 minutes ago.)

Lesser known Chess players too get their 15 minutes if they pull off a
fortuitous win against a Grandmaster or produce a classic combination.

One famous example is the Monk Saavedra who one day saw....

The player of the White pieces in the following game misses a win that
produced a final position he would have framed and placed on his wall.
Instead it has ended up here. (well at least I’m keeping it for posterity .)

I like a good chuckle at the blunders we see in the Hall of Doom. Be honest,
we all do. It’s all part of the harmless fun and as 99% of us commit the same
blunders we can empathise. ‘Done That, Been There, Have the Hat and T-Shirt.’

But this one is different. It’s an ‘Oh No’. A once in lifetime position.
The goddess of chess came down from the heavens and touched him.

That game featured a could have been Knight Checkmate. (An Unheard Melody)
The Hall already has a fine collection of Knight Mates, here are some new additions.

Usually there is only one square for a Knight to go to give checkmate.

Sometimes, as in the last example, all it takes is one thoughtless pawn move....


Unlike the last example only one Knight square checkmates. 35. Ne5

Same theme as last time, the silly pawn move that returns to haunt us.


Black has eight legal moves. 37...f6 was played. None could have prevented...


...Nb1 Checkmate. Beware dear reader. Today it was them, tomorrow it could be you.

We end these nightmares from the Hall of Doom with the joy that was: